During the first install, I had the front speakers placed in the factory location – tweeters in the dashboard right under the windshield and woofers in the door. That turned out to be a horrible setup – with the tweeters so far away from the woofers; the sound seemed disjointed and did not produce any discernible stereo imaging. It’s possible that a three-way system might have worked better – with tweeter and midrange both located in the dashboard, but without a functioning center channel, I don’t think that would have made much of an improvement. The final placement of the tweeters that provided clear concise sound with full stereo imaging was to move the tweeters into the doors. 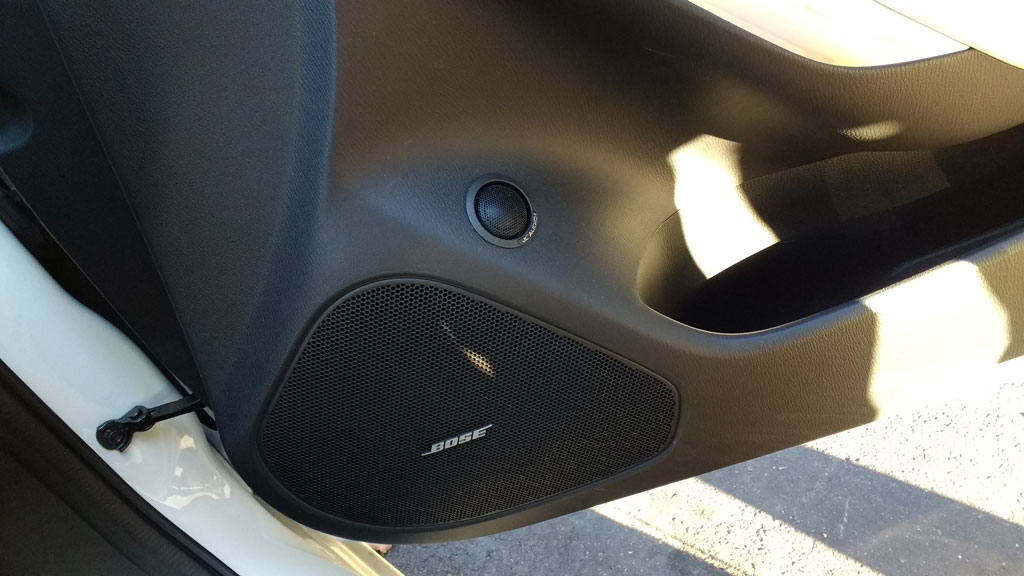 In the rear the tweeters are located in the rear deck and the woofers are in the doors. Again, this is less than ideal and sounds horrible for those sitting in back. From the front passenger perspective, it doesn’t matter much since the sound setup is correctly faded so that the front speakers are favored, leaving the rear only for fill. The best location for the rear woofers would be in the rear deck which would require custom modifications since the factory doesn’t leave room for them. A three-way setup with tweeters and midrange in the rear deck probably would have been OK, but very costly to address at this time.

The subwoofer is located in the trunk. I went with a truck’s compact sub size because I wanted to keep a spacious trunk and wasn’t ready to do a full custom sub enclosure. That might be something I do in the future, but it performs adequately. The only deficiency in the subwoofer system is its performance between 20 and 29hz where there is a noticeable drop off. My guess is that it’s the amp and not the subwoofer but I don’t have any way to find out. All in all, it’s just fine the way it is. 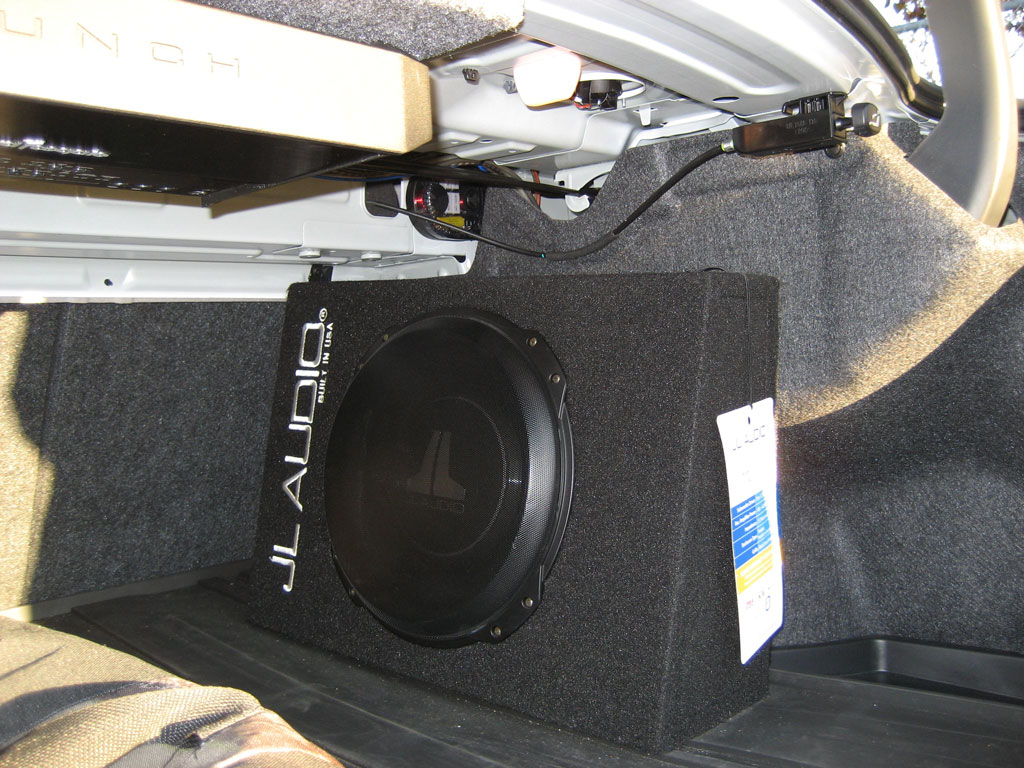 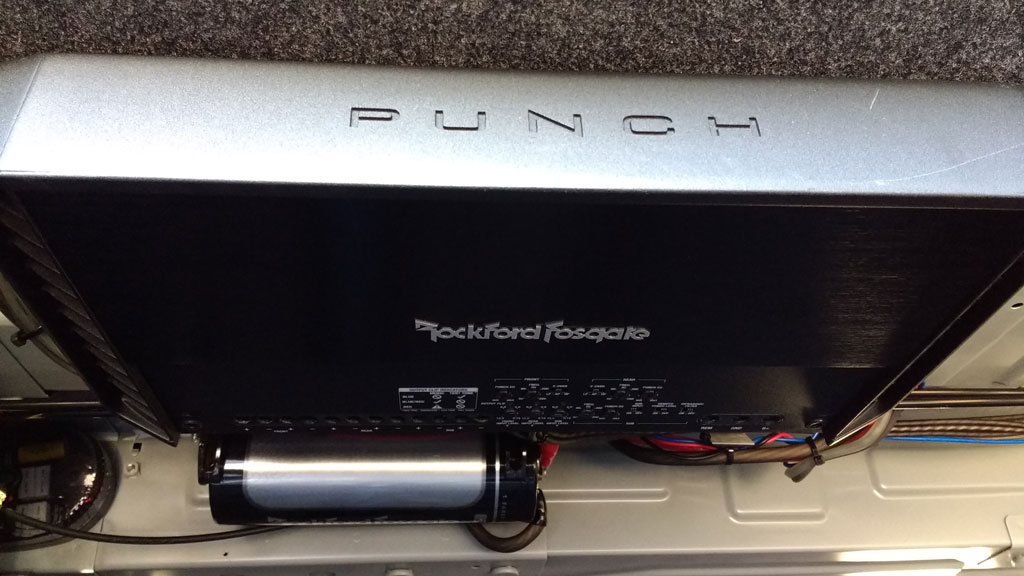 I have two potential projects in the future. First, I would like to experiment with the outputs from the head unit to the amp to determine if they are actually line out. If so, I could get rid of the AudioControl device (and smash it with a hammer) and plug the head unit directly into the Pioneer rear aux inputs. Second, move the woofers from the rear doors and place into the rear deck. That would complete the rear soundstage.

In conclusion, it took a lot of work to replace the factory system, but in every way it was worth it. I love the way it sounds and I’ll keep enjoying it far into the future.