As I mentioned before during the first go around, I attempted to use the existing OEM system as the source. If you’re an audiophile, I don’t recommend that route unless you’re able to get true line out from the source equipment. In my situation, even if I had true line out, the OEM interface was so dysfunctional, I would have eventually gone this route. Therefore, I’m going to skip the first build and discuss the final build only. Here’s the major component parts list:

Here’s how the components are connected: 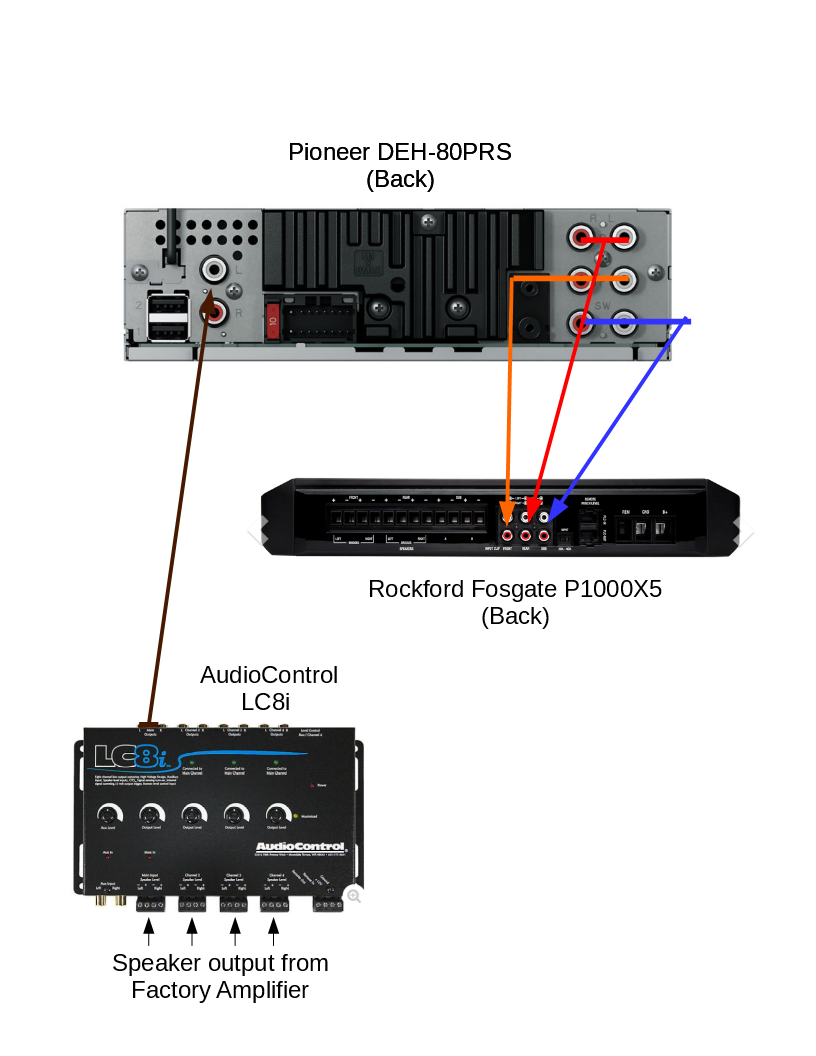 After doing exhaustive research, it seemed like the Pioneer DEH-80PRS was the only head unit that met all of my technical requirements:

I didn’t put a lot of research into the amp, just made sure that the front and rear speakers were powered by a class a/b amplifier. I liked the fact it used a class d amplifier for the sub because of its efficiency. I’ve always liked Rockford Amps and owned three prior to this. I was disappointed that they are no longer made in the USA, but couldn’t find any others that were. Here’s the general setup of the amp: 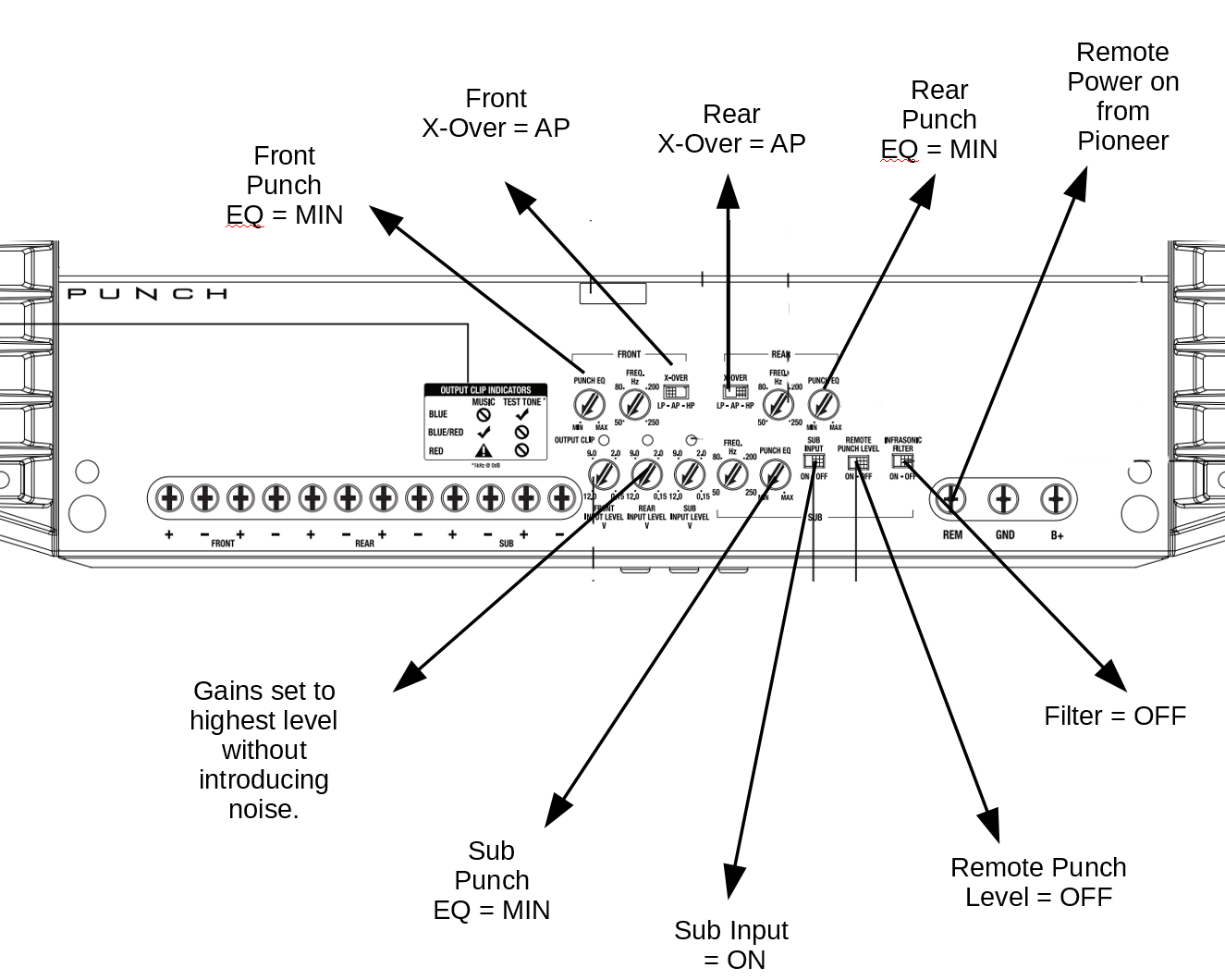 ‹ Where I had it done. up Pioneer Unit Installation ›
Main menu